A series of mini drone building workshops, speculating on what the function of a future drone might be. This workshop tied in with the themes of the larger Drone Aviary project by Superflux.

The first version of this workshop ran during the Goldsmiths, University of London Design Festival with students from various degree courses. Following the success of this, another version of the workshop ran over two consecutive Saturdays for a group of 14-16-year-old students who were part of the National Art & Design Saturday Club. 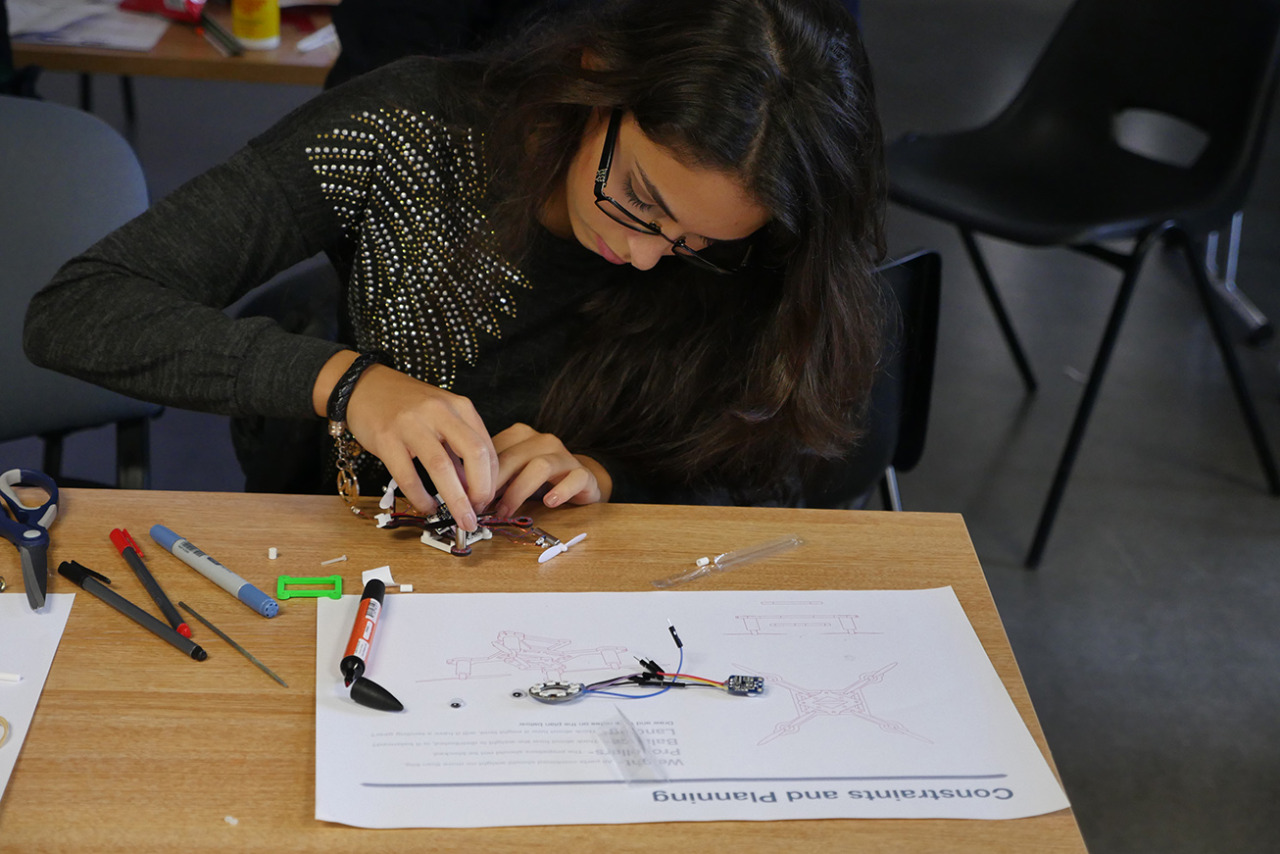 Part one of the workshop used worksheets for students to plan and sketch what the function of a future drone will be. We got a wide range of drawings back, from a firefighting drone to a drone that sensed other drones around it.

Next, we introduced the students to the kits they would use to build the drones. Each kit consisted of salvaged flight controllers and motors from the Hubsan x4 drone, small Arduino boards with various sensors, and laser cut frames to mount everything onto as well as prototyping materials. Students choose one aspect from their planned designs, and we built these, soldering and programming the drones on the day. For the Saturday Club workshop, we streamlined the activity offering two functions (one exploring sound the other exploring light). The updated version of the kit came pre-soldered and was plug and play to save time. 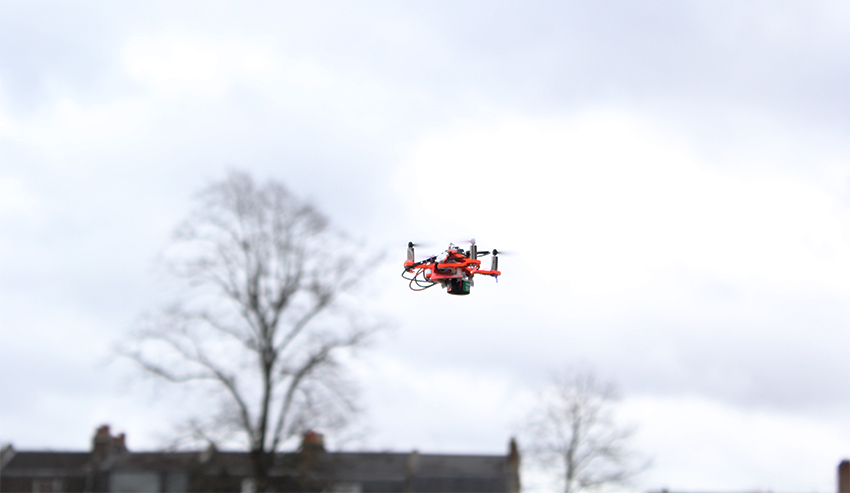 Part two of the workshop centred around controlling and flying the drones which we did in and outdoors. The students learnt a bit about aerodynamics, as well as some of the weight limitations of flight. We also bought along with us a larger drone and allowed the students to fly this and see the live drone’s eye view transmitted to a screen mounted on a controller.

This introduction to drones got students to take a hands-on approach to technology and understand a bit more about them, possibly leading to making bigger or more complex drones in the future. Ultimately the goal of the workshops was to realise the critically that comes with any new technology, that adding a few sensors can divert the narrative of a drone from a toy to something more pervasive.