A workshop which reveals the ways social media algorithms see you, and design activity to prototype solutions to mask your online presence. 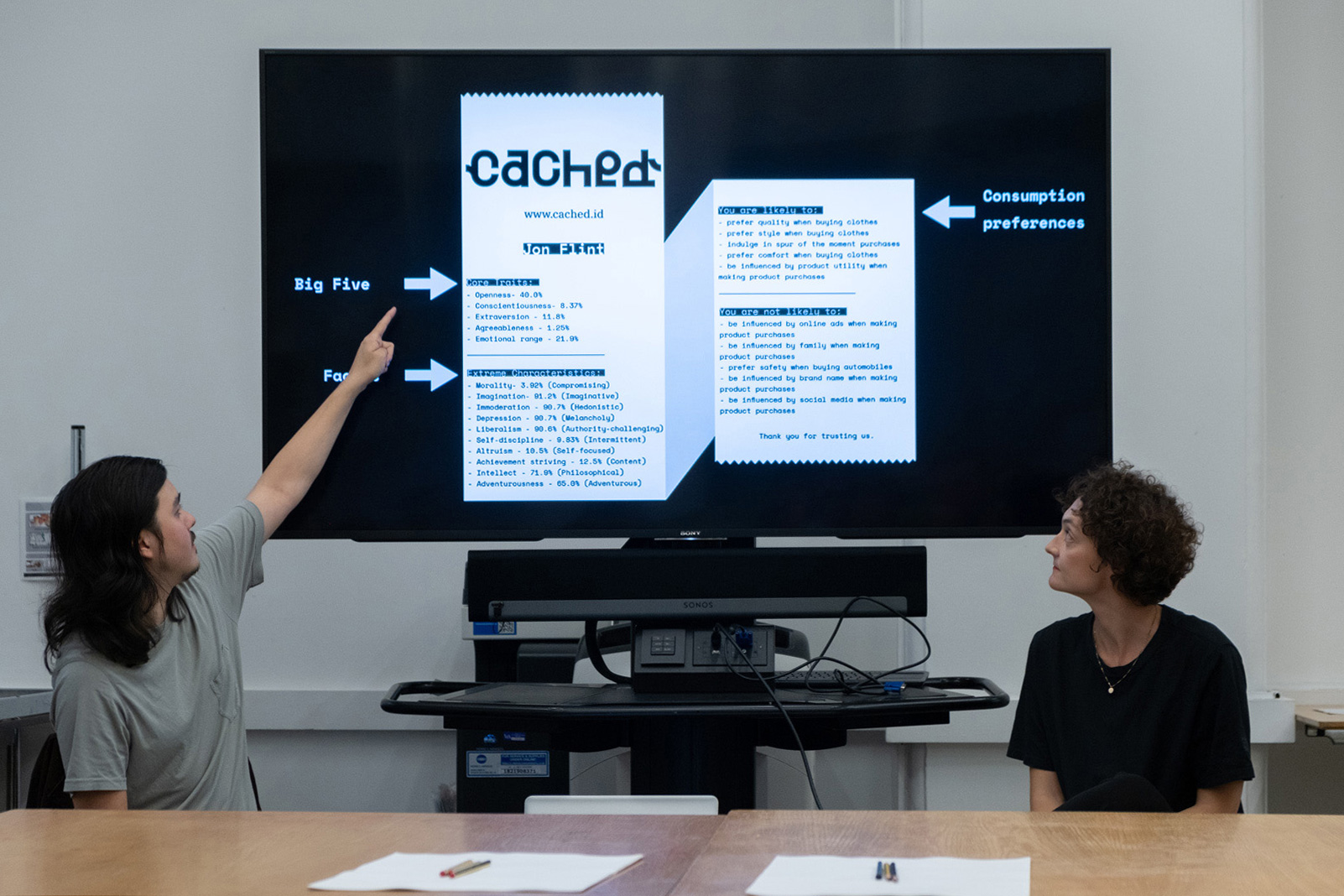 This two-part workshop was first conducted with members of the public at CAC (Chronus Art Center ) in Shanghai and was co-developed with Aline Martinez, this tied in with the themes of the Cached Experience project. The first part of the workshop focused on psychometrics and how text and images reveal the personality traits of different users. We later discussed the exploitation of such personality traits for social or political gains.

We developed a web app that had a series of questions participants answered based around the way they might post on social media. The text from the app was then analysed using our adapted version of the IBM Watson algorithm, and a small thermal printer printed out their core traits and extreme characteristics. We explained what each of these meant, and how simply changing the tone, words and style of the written text brings about wildly different results. 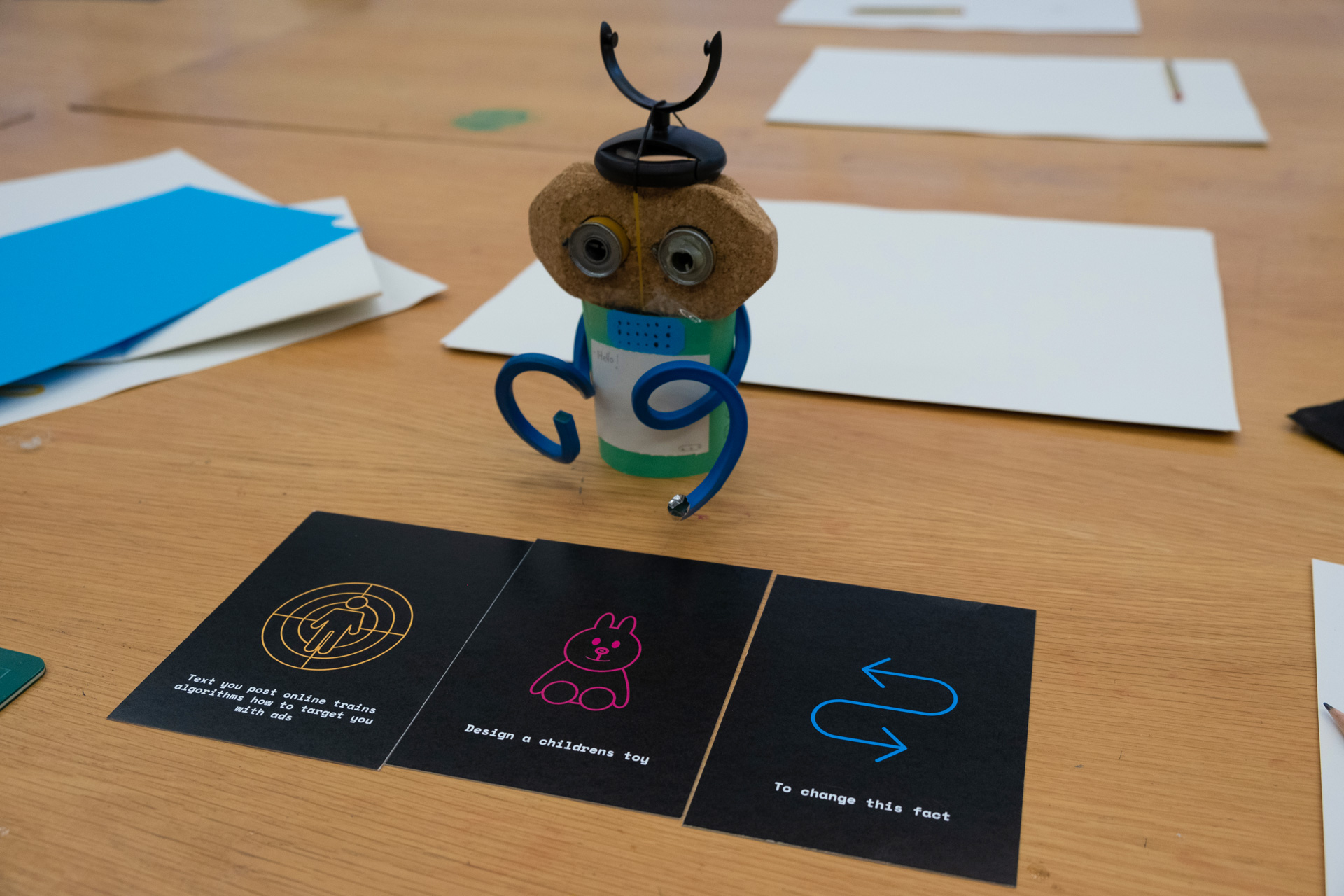 The last activity used a set of design method cards to help the participants generate ideas. Participants picked out three cards from three different decks. One of the decks denoted a fact or assumption, the second deck was a design task, and the last deck was a constraint. The combination of these cards became a design brief.

After using the cards to generate ideas, we laid out an array of intriguing artefacts the group could use to prototype and communicate their ideas. During all iterations of the workshops, a range of prototypes was created, from a physical smartphone filter made using a colourful slinky to hide surroundings from third-party advertisers. To designs for a small translation robot that made online text unrecognisable for advertising algorithms. 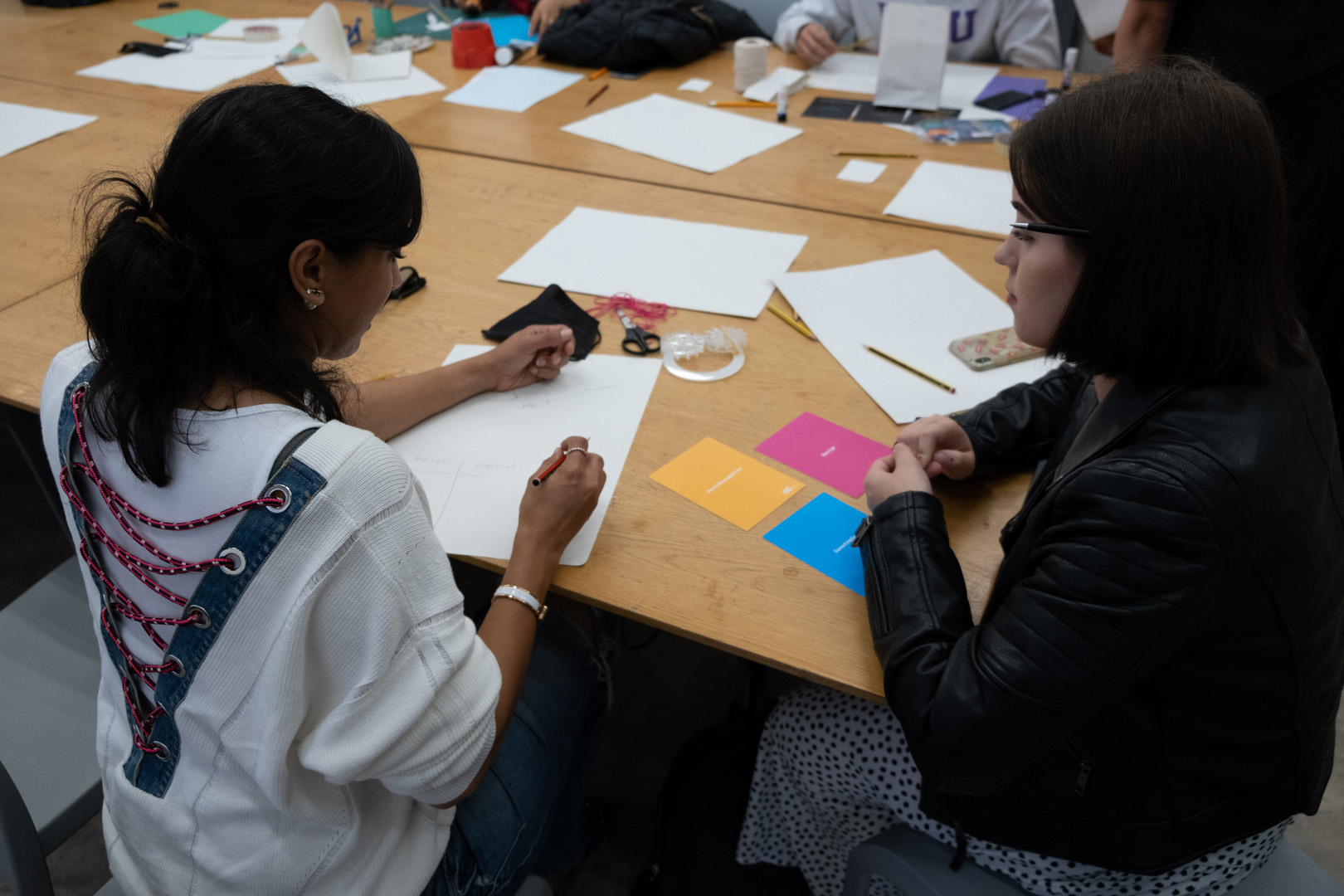 The goal of the workshop was to raise awareness of the many ways we are tracked and examined online, and how the algorithms that do so, easily make assumptions about who we are. We used a kinesthetic learning approach to help make sense of a topic shrouded in complexity.